DENVER, Sept. 24, 2021 /PRNewswire/ — This week, VISIT DENVER representatives, City of Denver officials and distinguished guests held a commemorative «Raise the Roof» ceremony, officially kicking off construction on the Colorado Convention Center (CCC) expansion. The 200,000 square foot rooftop expansion – including an 80,000 square foot, column-free ballroom – is expected to be completed in late-2023, with new design features, state-of-the-art technology upgrades and innovative spaces that will reinforce Denver’s status as a global competitor in the meetings and conventions industry. 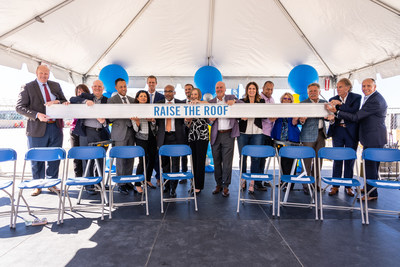 The Colorado Convention Center and the meetings hosted within it are significant economic drivers for Denver and Colorado – drawing an annual $700M in economic impact, according to 2019 figures. Upon completion of the expansion, Denver anticipates generating an additional $85 million in annual economic impact. The project will also add as many as 2,000 new direct hospitality jobs – all welcome figures as the meetings and hospitality industry begins to emerge from the global pandemic.

The Mile High City’s road to recovery has so far included several key events at the CCC in 2021 – the Major League Baseball All-Star Game’s PlayBall Park, the Outdoor Retailer Summer Market and the Craft Brewers Conference, among others – signs of optimism as the expansion project moves forward.

«This expansion – and the progress made on it so far – are symbolic of Denver’s comeback,» said Richard Scharf, president and CEO of VISIT DENVER. «Despite the pandemic, this project was able to stay on track – employing thousands of people through a difficult time and creating new permanent jobs and significant future economic impact.»

The expansion, which is actually taking place on the rooftop of the original building, will feature a new 80,000 square foot multi-purpose room – the largest ballroom in Colorado; new pre-function and networking spaces; cutting-edge technology improvements; and, the crown jewel, a rooftop outdoor terrace with sweeping panoramic views of both the city and Rocky Mountains, all seamlessly integrated with the existing building. Located in the heart of Denver’s walkable downtown, which itself features more than 12,000 hotel rooms, renowned restaurants and world-class attractions – the CCC capitalizes on the urban core and nearby Rocky Mountains to attract meetings and conventions.

«The Colorado Convention Center has been a huge economic driver for Denver’s economy for decades, already able to host 95 percent of existing conventions,» said Rachel Benedick, executive vice president of sales at VISIT DENVER. «This expansion will allow Denver to continue to be a leader in the meetings, conventions and hospitality industries for years to come – capturing larger gatherings that were not able to meet here before and bringing new visitors to stay and play in our community, further bolstering our economy.»

The CCC first opened in 1990; and Denver voters approved the first expansion in 1999 – doubling the building’s size to 584,000 square feet of exhibit space, 63 meeting rooms providing 100,000 square feet of meeting space, 35,000 square foot and 50,000 square foot ballrooms and a 5,000 seat theater. This expansion was completed in December 2004, and one year later, the 1,100-room Hyatt Regency Denver opened directly across the street. Since then, Denver has seen phenomenal growth in hotel building and convention business.

A feasibility study in 2013 led to the 2015 voter-approved National Western Center and Colorado Convention Center expansion. In fall 2020, Colorado-based Hensel Phelps Construction won the design-build contract for the project; and construction began in summer 2021. The design and construction of the expansion project is expected to create nearly 2,400 jobs – many of which will employ Denver residents currently out of work and in underserved zip codes.

Celebrating 112 years of promoting The Mile High City, VISIT DENVER is a nonprofit trade association that contracts with the City of Denver to market Denver as a convention and leisure destination, increasing economic development in the city, creating jobs and generating taxes. A total of 17.7 million visitors stayed overnight in Denver in 2019, generating $6 billion in spending, while supporting more than 60,000 jobs, making Tourism one of the largest industries in Denver. Learn more about Denver on the VISITDENVER website and at TOURISMPAYSDENVER or by phone at 800 2 Denver. Denver International Airport (DEN; flydenver.com) connects The Mile High City to more than 200 destinations worldwide. Follow Denver’s social media channels for up-to-the-minute updates at: Facebook.com/visitdenver; Twitter.com/visitdenver; Instagram.com/visitdenver; and YouTube.com/visitdenver. 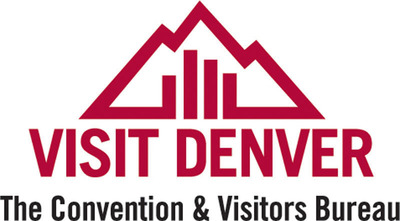 MarketBlast® Launches Global Hunt For New Innovation and Technology in the $3.5B Scuba Diving Industry