ROCHESTER, N.Y., Oct. 5, 2021 /PRNewswire/ — New data establishes for the first time that chemo brain is a major problem for lymphoma survivors. Separately, investigators found that routine exercise prior to chemotherapy might prevent chemo brain among women with breast cancer, according to two recently published studies by the Wilmot Cancer Institute at the University of Rochester Medical Center. 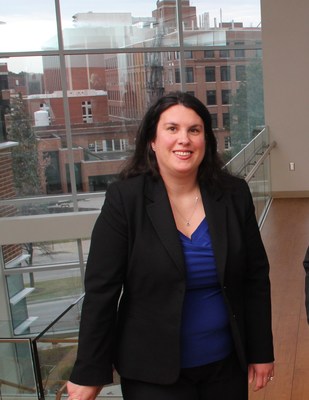 The research is relevant due to a rising number of cancer survivors. The National Cancer Institute estimates there are 17 million survivors today and expect 22 million by 2030.

Given those strides, it’s important to address the consequences of treatment, said Jonathan Friedberg, M.D., M.M.Sc., Wilmot’s director and an international lymphoma expert.

«During my career, I’ve seen survival rates for some of the most common types of lymphoma grow from a median of six years to more than 20 years,» Friedberg said. «While this is great news, patients who have overcome cancer should not live with cognitive deficits. This research has provided valuable insight into the problem and of the importance of further studies in this area.»

What is chemo brain? It’s a common side effect of cancer and/or treatment, often described as a lack of sharpness, an inability to concentrate, to remember things, multitask, or learn new skills. It impacts an individual’s return to daily routines that require cognitive skills at work, socially, and at home with activities such as raising children and grandchildren, running a household, or planning finances, for example.

Michelle Janelsins, Ph.D., M.P.H., associate professor of Surgery and part of Wilmot’s Cancer Prevention and Control research program, led both studies. She is among the top investigators in the U.S. to link cognitive impairment to chemotherapy. In 2016, she published the largest study to date showing that cognitive impairment is a significant and widespread problem for women with breast cancer.

Additional work by Janelsins and Wilmot colleagues is focused on solutions — including personalized exercise regimens, anti-inflammatory medications, supplements, and other lifestyle modifications.

A primary goal is to find ways to help older adults, who in general have the highest risk for cancer. Janelsins is part of a trio of Wilmot scientists that recently received a $3.85 million NCI multi-investigator award to study innovative ways to transition older adults from chemotherapy to survivorship.

About the Wilmot Cancer Institute