TOKYO, Sept. 1, 2021 /CNW/ – The Tokyo 2020 Paralympic Games schedule on Thursday will see four Canadians make their Paralympic debuts with the first races of Para canoe and opening matches in Para badminton. The pairs event will begin in boccia while action continues in Para athletics, Para swimming and Para cycling. Below is what’s on the docket for the Tokyo 2020 Canadian Paralympic Team on Thursday September 2: 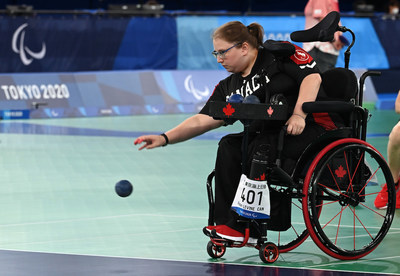 Brent Lakatos’s (Dorval, QC) tireless Tokyo program continues with the wheelchair racer next taking on the men’s T53 800m. This will be his fifth event of the Games of a planned six, and he already has three silver medals. The reigning world champion and world record holder in the 800m distance, his heat will take place at 11:21 a.m. JST / 10:21 p.m. ET (Wednesday night). The final would take place later that day, at 8:03 p.m. JST / 7:03 a.m. ET.

Thursday marks the penultimate day of Para swimming. Aurélie Rivard (St-Jean-sur-Richelieu, QC) – already a four-time medallist in Tokyo – is set for her first non-freestyle event of the Games, the women’s 100m backstroke S10. She was fourth in this discipline at Rio 2016 and third at the 2019 world championships. Her heat runs at 10:01 a.m. JST / 9:01 p.m. ET (Wednesday night).

Canada’s three Para canoe athletes will hit the water for their first races of the Games.

Andrea Nelson (Markham, ON) is set for the women’s KL2 race, with her heat starting at 11 a.m. JST / 10 p.m. ET (Wednesday night). Nelson is the second athlete who attended a Paralympian Search event to make her Paralympic debut, after Charlotte Bolton (Tillsonburg, ON) earlier competed in the shot put and discus in Tokyo. Nelson also participated in the Toronto 2017 edition of Paralympian Search, an event hosted by the Canadian Paralympic Committee to introduce more sport opportunities to people with a disability and discover high-performance potential athletes.

Olivia Meier (Winnipeg, MB) will officially become the first Canadian to compete in Para badminton at the Paralympic Games when she takes the court for her opening match. She will start by facing Thailand’s Chanida Srinavakul at 11:40 a.m. JST / 10:40 p.m. ET (Wednesday night) in the women’s SL4 group stage. Later that day, her second match will be opposite Norway’s Helle Sofie Sagoey at 6:40 p.m. / 5:40 a.m. ET. Para badminton is a new sport on the Paralympic program this year.

Canada’s BC4 athletes will be in action as the boccia pairs competition begins. The pairs team of Iulian Ciobanu (Montreal), Marco Dispaltro (Montreal), and Alison Levine (Montreal) will play two matches on Thursday, in Pool A. First, they will face Portugal at 9:30 a.m. JST / 8:30 p.m. ET (Wednesday night) followed by Brazil at 6:05 p.m. JST / 5:05 a.m. ET.

Ciobanu and Levine both earlier competed in the individual tournament. For Dispaltro, this is his first event of Tokyo 2020 and marks his third Paralympic Games appearance. He was a bronze medallist in this event back at London 2012.

Livestream and on-demand broadcasts can be found at Paralympic.ca/Tokyo-2020/live-stream-video-demand, cbc.ca/tokyo2020 and Radio-Canada.ca/jeux-paralympiques, the CBC Sports app for iOS and Android devices, the free CBC Gem streaming service, and the Radio-Canada Sports app.

About the Canadian Paralympic Team: Canada is represented by 128 athletes competing in 18 sports at the Tokyo 2020 Paralympic Games, taking place August 24 to September 5.

About the Canadian Paralympic Committee: Paralympic.ca

[LINK] LIST OF MEDIA CONTACTS BY SPORT
For interview requests with the athletes during the Tokyo 2020 Paralympic Games, please contact the specific sport media attaché. 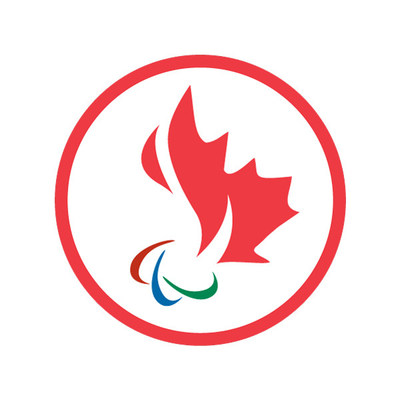