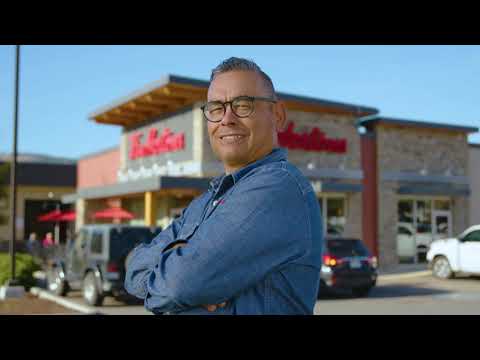 TORONTO, Sept. 27, 2021 /CNW/ – Tim Hortons and its 1,500 restaurant owners across Canada are preparing to launch a limited-time fundraising donut with 100 per cent of proceeds being donated to Indigenous organizations that support residential school survivors.

The orange-sprinkled donut will go on sale at participating restaurants starting Sept. 30, which is Orange Shirt Day. Through Oct. 6, 100 per cent of the donut’s retail price (excluding taxes) will be donated to the Orange Shirt Society and the Indian Residential School Survivors Society.

«We’re proud that Tim Hortons owners across Canada are joining us in this initiative that will raise some important funds and awareness for two organizations that do crucial work to help support survivors of the residential school system,» said Gottfriedson, former Tk’emlups te Secwepemc First Nation chief and former B.C. regional chief for the Assembly of First Nations.

Landon Miller was also part of the working group of Tims restaurant owners for this campaign. He launched his own grassroots orange donut campaign at his restaurant on Six Nations of the Grand River territory in the days after the Kamloops discovery.

«We were able to quickly raise over $5,000 in our individual campaign and I’m excited for this idea to go national, and grateful for the support of Tim Hortons owners and guests across Canada,» said Miller.

Sharon and Brian Bruyere of the Sagkeeng First Nation in Manitoba were two other members of the working group for this campaign.

«Brian and I are both survivors of the residential school system and we are proud that Tim Hortons owners across Canada are joining this important initiative that will bring awareness to the efforts around truth and reconciliation,» said Sharon Bruyere. «We consulted with our community as we prepared to launch this campaign and we are looking forward to having Tim Hortons show its support for these two important Indigenous organizations and residential school survivors.»

Orange Shirt Day has been observed on Sept. 30 since 2013, when Phyllis Webstad told her story of her first day of residential school. She was six years old in 1973, excited to be wearing her new clothes and going to school for the first time, only to have her shiny new orange shirt ripped away and learn that she didn’t matter. Her organization, the Orange Shirt Society, and the Every Child Matters movement she created continue to raise awareness about Canada’s history of residential schools, along with honouring the survivors and their families and the children who never returned home.

«The truth and legacy of the residential school system are not only Indigenous history, they are Canadian history, that every Canadian should learn and know about. I’m humbled and honoured that my story is a vehicle for change across Canada,» said Webstad.

The Indian Residential School Survivors Society has a more than 20-year history of providing services to residential school survivors, their families, and those dealing with intergenerational traumas. One of the Society’s goals is to continually expand support to partner organizations and maximize access to culturally sensitive, emotional, mental, physical and spiritual care.

«We at the Indian Residential School Survivors Society have moved to virtual one-on-one supports — including a 24-hour crisis line — during the pandemic. This has allowed us to ensure we reach as many former students of Indian residential schools as we can across Canada. We never turn anyone away; it takes courage to extend a hand for help and we intend to be there when they do,» said Angela White, Executive Director of the Indian Residential School Survivors Society.

«More than 150,000 Indigenous children – First Nations, Inuit and Métis – were forced from their homes to attend these neglectful institutions of assimilation and oppression. As a non-profit organization, our ability to provide care is truly enhanced by contributions from the community. We are honoured to do this work, to assist in the wellness of those who survived and to remember those who never made it home.»

Tim Hortons is proud to be launching this program with the support of restaurant owners across Canada, said Hope Bagozzi, Chief Marketing Officer for Tim Hortons.

«At the heart of the Tim Hortons brand is supporting the communities where we serve, and right across Canada, the Tims family felt devastated by the horrific news in Kamloops and the subsequent discoveries that were made at other former residential schools, including in Brandon, Marieval, Kootenay and Kuper Island,» said Bagozzi.

«We hope Canadians will join us in marking Sept. 30 as a day of reflection and support this campaign through Oct. 6 to help the Orange Shirt Society and the Indian Residential School Survivors Society.»

You can also download video B-roll and photos on the Tim Hortons Newsroom.

*Prices may vary by region.

In 1964, the first Tim Hortons® restaurant in Hamilton, Ontario opened its doors and Canadians have been ordering Tim Hortons iconic Original Blend coffee, Double-Double™ coffees, Donuts and Timbits® in the years since. Over the last 55 years, Tim Hortons has captured the hearts and taste buds of Canadians and has become synonymous with serving Canada’s favourite coffee. Tim Hortons is Canada’s largest restaurant chain operating in the quick service industry with more than 4,000 restaurants across the country. More than a coffee and bake shop, Tim Hortons is part of the Canadian fabric and guests can enjoy hot and cold specialty beverages – including lattes, cappuccinos and espressos, teas and our famous Iced Capps® – alongside delicious breakfast, sandwiches, wraps, soups and more. Tim Hortons has more than 4,800 restaurants in Canada, the United States and around the world. For more information on Tim Hortons visit TimHortons.ca 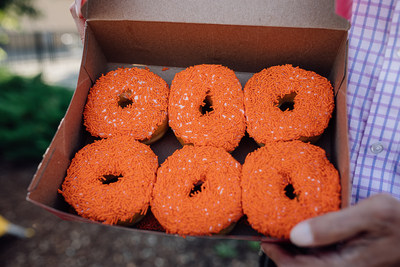 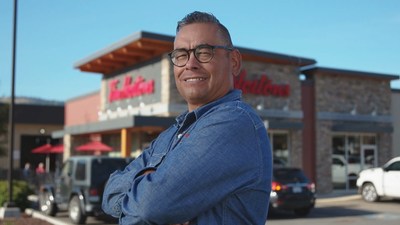