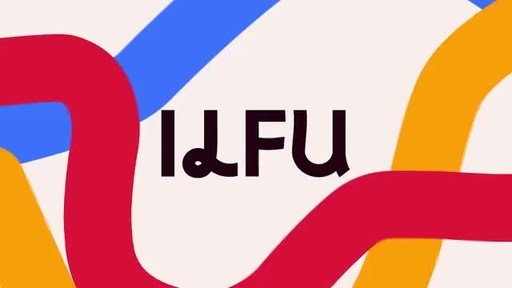 UTRECHT, Netherlands, Sept. 24, 2021 /PRNewswire/ — The successful Italian author Elena Ferrante has written a new lecture for the ILFU literature festival in the Netherlands. Ferrante herself never appears in public, and has kept her identity a secret for more than 30 years. Her lecture will therefore be read by three respected actresses of stage and screen in three different languages. The English version will be read by actress Olivia Colman, who will soon appear in the film adaptation of Ferrante’s work The Lost Daughter. Like her novels, Ferrante’s lecture, titled «A Skein of Written Words,» promises to be a blazing plea for women’s freedom, and will only be available for streaming as a video or podcast for 10 days (24 September to 3 October) via elenaferrantelecture.com.

This year, the International Literature Festival Utrecht (ILFU) will present Elena Ferrante with the Belle van Zuylen Ring 2021, an award recognising the work of socially engaged writers. The award accompanies the Belle van Zuylen Lecture, which honours the memory of the famed Dutch Enlightenment writer Belle van Zuylen. Previous lectures were written by Jeanette Winterson, Chimamanda Ngozi Adichie and Margaret Atwood. This is the first time that the lecture is not given by the author herself. Instead, three respected actresses of stage and screen will read Ferrante’s lecture in three different languages. Ferrante’s original Italian text will be read by Anna Bonaiuto, who acted in the adaptation of Ferrante’s debut novel l’Amore Molesto (Troubling Love). The Dutch translation by Miriam Bunnik and Mara Schepers will be presented by Olga Zuiderhoek, who has starred in dozens of theatre productions and films. And the English translation by Ann Goldstein will be presented by none other than award-winning actress Olivia Colman, who will star in the upcoming adaptation of La Figlia Oscura (The Lost Daughter).

Elena Ferrante became a global literary sensation with her four Neapolitan novels, a bestselling series that sold more than 15 million copies worldwide. The first two volumes, My Brilliant Friend and The Story of a New Name, have also been adapted for television. Elena Ferrante is this year’s recipient of the Belle van Zuylen Ring, an international honour presented by the ILFU in collaboration with the City of Utrecht, a UNESCO City of Literature, in recognition of the work’s explicit social engagement. Ferrante’s lecture is a blazing plea for women’s freedom and criticizes today’s society that is still dominated by men: «Since Belle’s time, we have modified every scenario, and yet we’ve remained bound and constricted within a language that expresses us only in part, we’ve remained bound and constricted within men’s rules, within their daily abuses of power.»

ILFU is an annual festival and a daily online platform for literature. During our festival, we bring the world’s best authors to Utrecht and publish commissioned works on our platform. ILFU aims to show that literature matters. In a time when many lament the decline of reading, the drastic reduction in numbers of libraries and the closure of one bookseller after another, ILFU offers a ray of hope. So many wonderful works are being written, and each year more people visit our festival and platform. Literature is both full of life and vital for a healthy society. The ILFU’s guest authors in the past have included: Paul Auster, Chimamanda Ngozi Adichie, Nick Cave, Michael Palin, Jeanette Winterson, Louis Theroux, Margaret Atwood, Salman Rushdie, Rachel Cusk, John Irving, Roxane Gay, Julian Barnes and Elizabeth Strout. Visit ilfu.com for more information.

An online stream of Elena Ferrante lecture (± 30 minutes) by Olivia Colman, Anna Bonaiuto and Olga Zuiderhoek. Following the Award Ceremony the videos and podcasts of the three performances will be available at elenaferrantelecture.com for 10 days between 24 September and 3 October. Tickets: €5.

Note for the editor