CALGARY, AB, Aug. 5, 2021 /CNW/ – WestJet celebrated the launch of its new route between Calgary and Amsterdam with the 8:55 p.m. MT departure of WS20, on the airline’s 787 Dreamliner. Thursday night’s flight was the airline’s first launch of new service to Europe after more than 18 months and marked a significant milestone in WestJet’s commitment to restoring its global network. 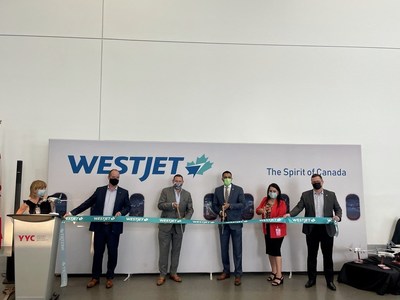 «We continue to invest in our global hub in Calgary, where we have the most departures, destinations and seats and we’re thrilled to see today’s flight take-off as we continue to rebuild our transatlantic network,» said John Weatherill, WestJet Chief Commercial Officer. «This route between Calgary and Amsterdam provides greater access between Canada and European destinations for travellers on both sides of the Atlantic and is strengthening travel and tourism ties between our two countries.»

«Air travel will play a pivotal role in Alberta’s post pandemic economic recovery,» said Rajan Sawhney, Alberta’s Minister of Transport. «I am thrilled to see WestJet embark on this new partnership that will give travellers more options, while boosting tourism, and providing much needed support to our aviation industry.»

Details of WestJet’s service between Calgary and Amsterdam:

«Direct routes to Europe mean more international visitors to Alberta – visitors that spend money and support jobs across the province. This route from Amsterdam to Calgary means more opportunities for our tourism industry and that is good for economic growth and diversification,» said Doug Schweitzer, Alberta’s Minister of Jobs, Economy and Innovation.

«A warm verwelkoming to WestJet’s new route from Calgary to Amsterdam,» said Chris Miles, Vice President, Operations & Infrastructure of The Calgary Airport Authority. «This added capacity provides more Albertans the opportunity to experience this beautiful city and connect to other international destinations. It’s also great news for international travellers who are keen to explore Calgary and area as we look forward to restrictions easing further in the fall.»

We are excited by the return of important international air routes to Alberta,» said David Goldstein, CEO, Travel Alberta. «While we have had a long, warm relationship with Dutch travellers looking to explore our part of the world, Amsterdam is also a key feeder hub for travellers from all across Europe.  We look forward to working with WestJet as they broaden their global routes to Alberta.»

Since the start of the pandemic the WestJet Group of Companies has built a layered framework of safety measures to ensure Canadians can continue to travel safely and responsibly through the airline’s Safety Above All hygiene program. During this time, WestJet has maintained its status as one of the top-10 on-time airlines in North America as named by Cirium.

For more information about everything WestJet, please visit westjet.com. 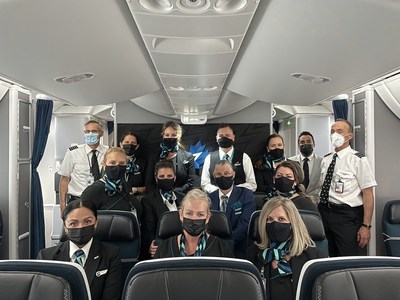