TORONTO, Sept. 23, 2021 /CNW/ – The vast majority of CEOs at Canada’s biggest corporations have an appetite for mergers and acquisitions (M&A) in the next three years, with almost half of small- and medium-sized enterprises (SME) also seeing M&A as key to their growth strategies, finds a pair of new KPMG surveys. 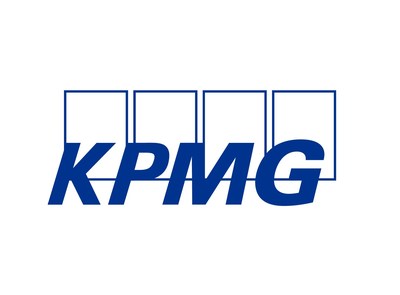 Ninety-six per cent of large company CEOs see deal making as key to driving growth, up from 86 per cent last year (and compared to 87 per cent of their global peers), according to KPMG’s 2021 CEO Outlook. Nearly six in 10 (56 per cent) said they are likely to make acquisitions in the next three years which will have a significant impact on their organizations, more than double the number from last year.

Small- and medium-sized enterprises in Canada also see M&A as key to their strategies but close to three-quarters (71 per cent) are relying on organic growth strategies such as innovation, research and development, new investments and products, and recruitment, KPMG’s recent Business Outlook Poll reveals.

«With this renewed confidence, they’re looking increasingly beyond organic growth and into non-organic expansion opportunities like mergers, acquisitions, joint ventures and other strategic alliances. The pace of deal making in Canada will continue to accelerate as the economy works past the pandemic. Due diligence, post-merger integration and value creation will become bigger imperatives as companies assess potential acquisitions.»

Twenty-one per cent of Canadian large company CEOs say M&A is the most important strategy for achieving their growth objectives, down from 24 per cent last year. However, that figure rises to 65 per cent when joint ventures and strategic alliances are considered in addition to deals.

Close to half (46 per cent) of SMEs in Canada identified M&A as one of their most important strategies to achieve growth objectives over the next three years, according to KPMG’s recent Business Outlook Poll. Nearly three-quarters (71 per cent) identified organic growth as a top strategy followed by digital technology investments.

The survey found nearly six in 10 (59 per cent) of SMEs said they want or intend to partner with an innovative startup (such as a fintech, insurtech or agtech company) to bolster their growth, while 34 per cent are seeking to be acquired because they can’t afford to make the investments required to succeed in an increasingly digital economy.

«Deal making will be crucial for SMEs that need to transform their businesses to compete in today’s increasingly digital marketplace,» says John Cho, Partner and National Leader, Deal Advisory, KPMG in Canada. «The digital transformation that’s happened during the pandemic has propelled Canadian startups to new heights, and that’s why we’ve seen so many deals this year, especially in technology-related areas like fintech.»

«With the boom in venture capital investment this year, many Canadian startups have grown to become acquirers themselves in a matter of months because they’ve gained the firepower to do deals,» he says.

For more on Canadian M&A trends and what companies need to consider before making a deal, read Benjie Thomas’ latest insights here.

About the KPMG 2021 CEO Outlook

The KPMG CEO Outlook provides an in-depth three-year outlook from thousands of global executives on enterprise and economic growth. The survey asked 1,325 CEOs from among the world’s most influential companies, including 75 from Canada, to provide their three-year outlook on the economic and business landscape, as well the impact that the on-going COVID-19 pandemic will have on their organizations’ future. All respondents have annual revenue over US$500 million and a third of the companies surveyed have more than US$10 billion in annual revenue.

About the KPMG Business Outlook Poll

KPMG in Canada polled 505 Canadian small- and medium-sized owners and decision-makers between August 6 and August 15. The online survey of business owners and decision makers were all drawn from Delvinia’s premier online research panel, Asking Canadians, through the Methodify platform. Of the 505 survey respondents to the KPMG Business Outlook Poll, 35 per cent are family-owned businesses and 74 per cent are privately held, while 31 per cent have revenues over C$100 million annually and 24 per cent have annual revenues between C$50-100 million.

About KPMG in Canada

KPMG LLP, a limited liability partnership, is a full-service Audit, Tax and Advisory firm owned and operated by Canadians. For over 150 years, our professionals have provided consulting, accounting, auditing, and tax services to Canadians, inspiring confidence, empowering change, and driving innovation. Guided by our core values of Integrity, Excellence, Courage, Together, For Better, KPMG employs nearly 8,000 people in over 40 locations across Canada, serving private- and public-sector clients. KPMG is consistently ranked one of Canada’s top employers and one of the best places to work in the country.

The firm is established under the laws of Ontario and is a member of KPMG’s global organization of independent member firms affiliated with KPMG International, a private English company limited by guarantee. Each KPMG firm is a legally distinct and separate entity and describes itself as such. For more information, see home.kpmg/ca