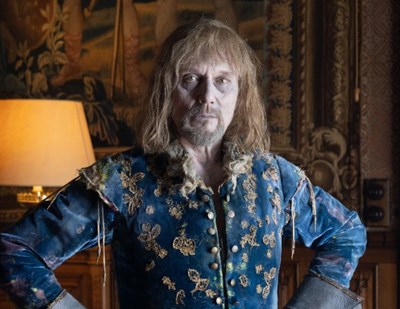 «‘The Canterville Ghost’ brings together the acclaimed storytelling that BBC Studios Productions is well known for with BYUtv’s unique brand of family entertainment,» said Andra Johnson Duke, head of content at BYUtv. «We are honored to partner with BBC Studios Productions to create a not-to-be-missed special event of supernatural proportions filled with humor and heart that each member of the family will enjoy.»

Set in leafy 21st century rural England, «The Canterville Ghost» sees American tech billionaire Hiram Otis buy Canterville Chase, unaware that the contents include a malevolent family ghost, Sir Simon de Canterville, who has been haunting the premises for centuries. Or that his family will face the full might of the English aristocracy: united in opposition to the parvenu Americans. The contemporary reimagining of the classic Oscar Wilde comedy revolves around three families – the aristocratic Cantervilles, the Romani Lovells and the American Otises – who must come together to find redemption and heal the past.

Despite its modern setting, it’s an old world, bound by strict social convention and archaic traditions. A world of house parties and cricket matches, fox hunting and pheasant shooting. The stately homes of the aristocracy and a resident ghost…

«This is Oscar Wilde meets ‘Downton Abbey,'» said Will Trotter, executive producer for BBC Studios Productions. «It’s bursting with gothic horror, romantic comedy and pathos. We are thrilled to be working with BYUtv on such an uplifting drama for the whole family, and we hope it brings much laughter to BYUtv audiences.»

BYUtv is available across the country via cable, satellite and multiple digital media platforms. For a complete listing of BYUtv’s programming and to view full episodes, visit www.byutv.org or download the app. BYUtv streams for free with no subscriptions, in-app purchases or ads. The network is always streaming live, and past and current seasons are all available to binge. Press access to video, photo and other assets is available at www.byutv.org/pressinfo.

BYUtv provides families more than 2,000 hours of entertaining and compelling programming they can enjoy together. The network’s content is trusted, contemporary and clean, yet clever and sophisticated enough to inspire children and parents alike. BYUtv’s diverse portfolio of original, co-produced and acquired content includes scripted and unscripted dramas and comedies, 700+ hours of live HD collegiate sports, game shows, and holiday special made-for-tv movies, docudramas and concerts. BYUtv is available in more than 50 million homes in every state of the country on DISH Network, DirecTV and 139 other major cable systems. A digital pioneer, BYUtv was the first U.S. television network to stream all of its content live and unencrypted over the internet. Today, BYUtv has more than two million YouTube subscribers and two billion views and is available live and on-demand on multiple digital platforms free of charge, including Apple TV, Roku, Amazon Fire TV, Chromecast, Xbox One, Windows Media, digital apps for iOS and Android, and BYUtv.org. Based in Provo, Utah, BYUtv is part of BYU Broadcasting, which is owned by Brigham Young University.

BBC Studios, a global content company with bold British creativity at its heart, is a commercial subsidiary of the BBC Group, supporting the licence fee and enhancing programmes for UK audiences. Able to take an idea seamlessly from thought to screen and beyond, its activities span content financing, development, production, sales, branded services, and ancillaries across both its own productions, and programmes and formats made by high-quality UK independents. Award-winning British programmes made by the business are internationally recognised across a broad range of genres and specialisms, with brands like Strictly Come Dancing/Dancing with the Stars, Top Gear, Doctor Who and Bluey. BBC Studios has offices in over 20 markets globally, including ten production bases in the UK and production bases or partnerships in a further seven countries around the world. The company, which ordinarily makes around 2000 hours of content a year for both the BBC and third parties including Apple, Netflix and Migu, is a champion for British creativity around the world. It is also a committed partner for the UK’s independent sector through a mix of equity partnerships, content investment and international distribution for programme titles. 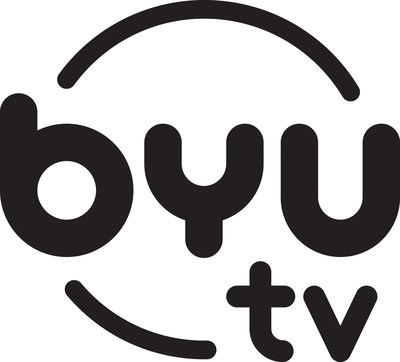 Lunette Launches NEW Innovative Intimate Care Range, Made with Plant-Based Nordic Ingredients for Self-Care Down There

P. Julissa García’s new book «LO QUE ÉL ME DIJO EN 100 DÍAS» is an amazing read about finding courage and strength that propelled one towards the feet of the Master.