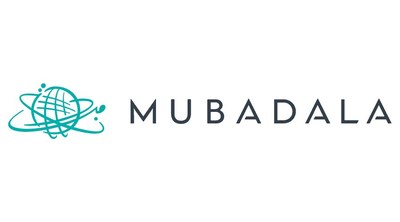 The Company is sponsored by Mubadala Capital, the asset management subsidiary of Mubadala Investment Company PJSC («Mubadala»), a leading global sovereign investor headquartered in Abu Dhabi, with more than $243 billion of assets under management. The Company was formed for the purpose of effecting a merger, share exchange, asset acquisition, share purchase, reorganization, or similar business combination with one or more businesses in the media, entertainment and technology industries. The Company is led by Maxime Franzetti, Head of Public Equities and SPACs at Mubadala Capital, Adib Mattar, Head of Private Equity at Mubadala Capital and Russ Pillar, Founder and Executive Chairman of Reigning Champs, the world’s largest NCAA-compliant path-to-college company for student-athletes, and Senior Advisor to Mubadala Capital.

A registration statement relating to these securities was declared effective by the Securities and Exchange Commission («SEC») on August 3, 2021. The public offering is being made only by means of a prospectus. Copies of the prospectus relating to the offering may be obtained for free from the U.S. Securities and Exchange Commission website (http://www.sec.gov); Goldman Sachs & Co. LLC, Attention: Prospectus Department, 200 West Street, New York, New York 10282-2198, telephone +1 866 471 2526, facsimile: +1 212 902 9316, or email: prospectus-ny@ny.email.gs.com; and BofA Securities, NC1-004-03-43, 200 North College Street, 3rd Floor, Charlotte, NC 28255-0001, Attention: Prospectus Department or email: dg.prospectus_requests@bofa.com.

This press release contains statements that constitute «forward-looking statements,» including with respect to the initial public offering and the anticipated use of the net proceeds thereof. No assurance can be given that the offering discussed above will be completed on the terms described, or at all, or that the net proceeds of the offering will be used as indicated. Forward-looking statements are subject to numerous conditions, many of which are beyond the control of the Company, including those set forth in the Risk Factors section of the Company’s registration statement and preliminary prospectus for the Company’s offering filed with the SEC. Copies are available on the SEC’s website, www.sec.gov. The Company undertakes no obligation to update these statements for revisions or changes after the date of this release, except as required by law.

About Blue Whale Acquisition Corp I

Blue Whale Acquisition Corp I is a newly organized blank check company formed by an affiliate of Mubadala Capital. Mubadala Capital is the asset management subsidiary of Mubadala, a leading global sovereign investor headquartered in Abu Dhabi. In addition to managing its own balance sheet investments, Mubadala Capital manages c. $9 billion in third-party capital vehicles on behalf of institutional investors in each of its businesses, including three private equity funds, two early stage venture funds, a public fund and a fund in Brazil focused on special situations. Mubadala Capital is a differentiated and value-added investor that leverages both the Mubadala network and the relationships embedded within the investment team to source proprietary investment opportunities on a global basis. Mubadala Capital invests across a range of asset classes including private equity, public equity and venture capital. Each business employs a fundamentals-driven investment strategy, prioritizing capital preservation and long-term value creation.