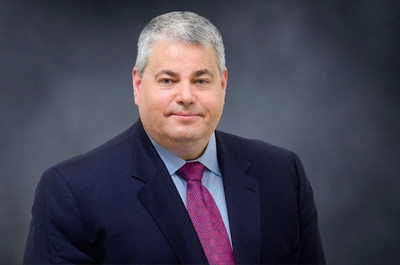 Awz X-Seed I closed last week, raising more than US $75M—oversubscribed from its target of $50M—and has already identified 10 potential investment opportunities in cloud security, quantum, aerospace, deep tech, robotics, artificial intelligence, and cyber security. Every 18 months, Awz Ventures will raise subsequent $75M Awz X-Seed funds to invest in its next cohort of 15 companies, which will take up residence in the hub for enrichment and growth.

Each portfolio company will receive a non-dilutive business package including office space in the Awz X-Seed hub and advanced marketing, business development, and technology mentorship services provided by the hub’s in-house professional team. Portfolio companies will further benefit from Awz Ventures’ business development offices in Canada, the US, and UAE that will support the companies in expanding their global client base. This strategy will also allow Awz X-Seed to support its portfolio companies in accelerating their commercialization and technology development to reach series A at a higher valuation.

Awz X-Seed will initially invest an average of $3M – $5M in each portfolio company. Additionally, the best performing companies will be considered for follow-on investment rounds by Awz Ventures’ growth-stage funds, alongside third-party investors.

Managing Partner and Founder of Awz Ventures Mr. Yaron Ashkenazi explained, «Awz Ventures’ unique strategic partnership with MAFAT and Israel’s other security agencies will allow our hub to have the most advanced deal flow that stems from the real recognized needs within the security industry that also have multiple applications within the commercial sector.» Ashkenazi added, «We will address these needs and gaps in the marketplace both by investing in existing companies and by creating companies together from scratch.»

The Rt. Hon. Stephen J. Harper added, «I am proud to be an advisor in residence at the Awz X-Seed hub, a ground-breaking and differentiated initiative. Together, Awz and MAFAT will uniquely evaluate and develop early-stage technologies, creating a model that is unmatched anywhere.»

Awz Ventures was founded in Canada in 2016 by Mr. Yaron Ashkenazi, a former officer in Israel’s Shin Bet, and Chairman Mr. Edward Sonshine, Founder and Chairman of one of Canada’s largest real estate investment trusts, RioCan REIT. Sonshine explains that «Awz Ventures provides the gateway to the North American market for its Israeli portfolio companies. To date, Awz Ventures has over US $250M in assets under management across four funds focused on inception to early-growth-stage Israeli start-ups in the AI, intelligence, physical security, deep tech, and cybersecurity sectors.»

MAFAT is the Israel Ministry of Defense DDR&D, responsible for supporting the entire Israel defense infrastructure in scientific and technological projects and finds solutions to Israel’s most pressing security challenges.

John Sachtouras, CEO of ASCIRA wins Globee® in the Annual 2021 CEO World Awards as Transformational Leader of the Year